We’re a competitive bunch at Boxed Red, so when one of the Strategic Account Management team suggested a Bake Off competition, the team jumped at the chance.

One member from each department (creative, digital and account management) took to the kitchen to create a layered cake creation and the rest of the team were the all-important judges.

From the creative team, Abbie brought in a three-layered sponge with beautifully piped decoration and a chocolate filling. 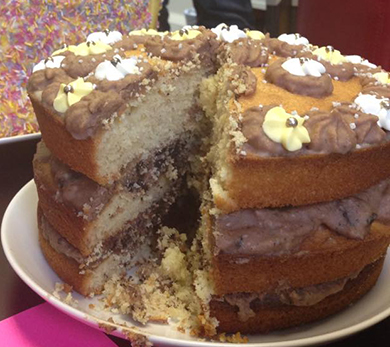 Developer Ben broke the mould with an exceptional Boxed Red cake with three layers in our very own branded colours. 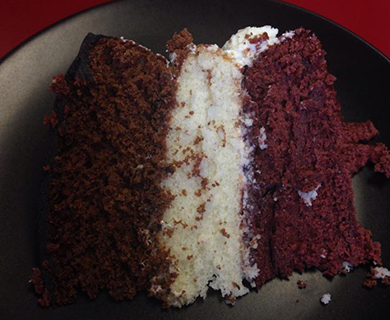 Cat, our Strategic Project Manager who instigated the competition went all out with a four-layered, rainbow coloured Piñata cake with a marzipan bow and skittles in the centre. 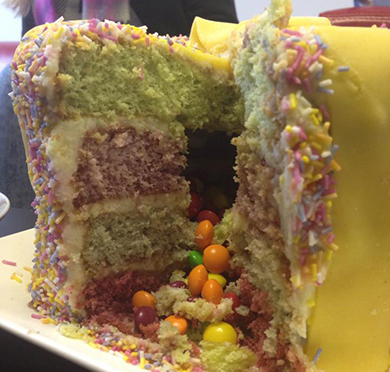 Each cake was judged on creativity, appearance and taste with Cat’s hundreds and thousands creation scooping first place.

We did say we’re a competitive bunch, so the next Boxed Red Challenge has been announced – a Halloween pumpkin carving extravaganza. Watch this space! 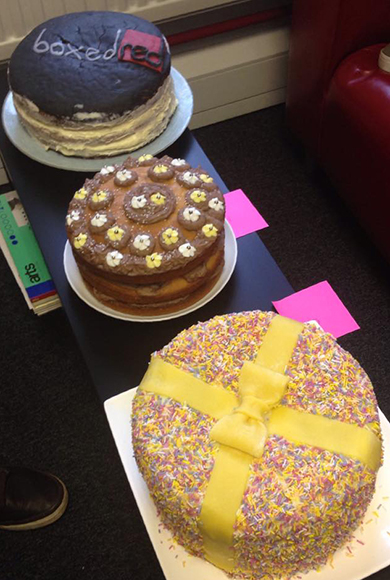