Following on from the successful Boxed Red Bake Off, the teams were itching for another challenge to help even the score and with Halloween fast approaching; there was only one task deemed appropriate – pumpkin carving!

Shelley, our Copywriter and Strategic Client Manager stepped up for her department alongside Graphic Designer Alex and John, one of our Developers.

The brief was simple, bring a spooky Halloween pumpkin and let the judging commence.

Alex sneaked a victory with his intricate sugar skull creation that was voted the best from the team in the office, but we decided to take this competition one step further…

The pumpkins were photographed and shared on Facebook, the one with the most likes 24 hours later would be crowned champion!

John was quietly confident about his pumpkin with a little friend… 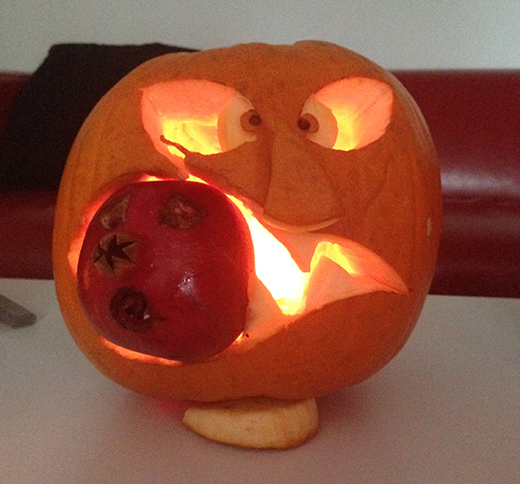 Shelley immediately took the offensive, sharing her photo with her Facebook friends, and texting her family to boost the likes. 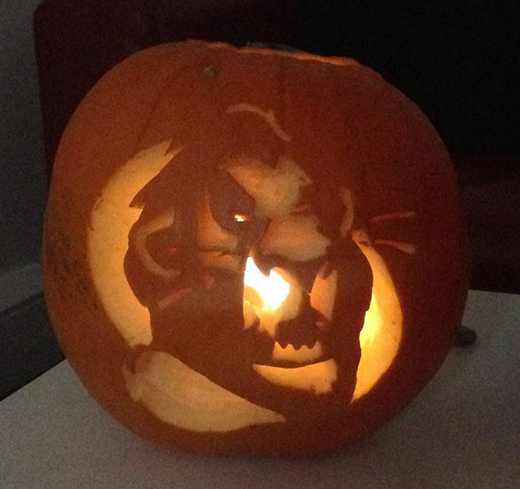 Alex scooped the win at the last minute with the highest number of likes on his brilliant sugar skull pumpkin. 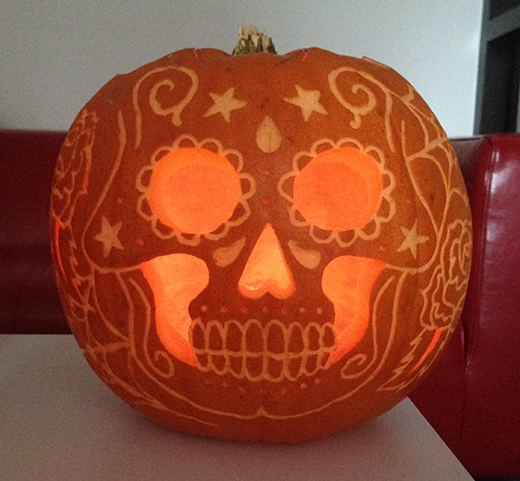 Well done everyone! We’re loving the challenges, so next up is a festive Christmas Jumper Competition, we’ll keep you posted.

And if you have an idea for a challenge the team can tackle, leave it in the comments below!