It’s time for the second monthly challenge at Boxed Red. In pursuit of a point, the team took to the track at Speedkarting Warrington for a few laps of the go-kart track!

Craig, Beegs and Cat were not so quietly confident on the day, while Shelley and Janna were bemoaning their lack of experience in the world of racing.

The team were taken to a room for briefing, where an intimidating video showed the racers what to expect. Everyone expected to have a ‘black flag’ for bad behaviour, but luckily everyone escaped the sin bin. 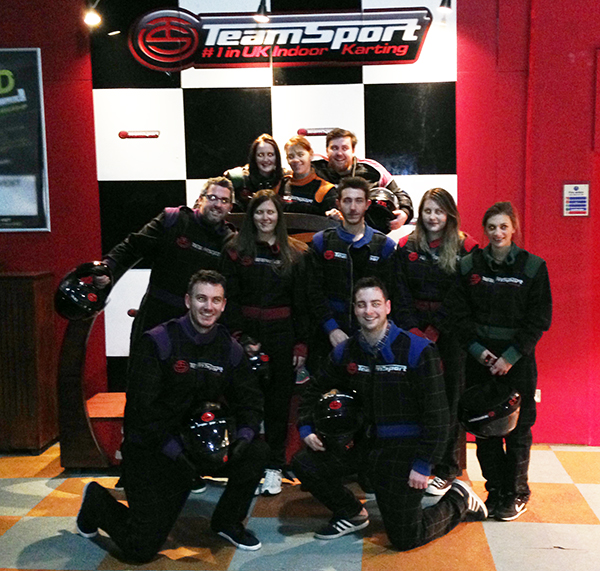 John took to racing like a duck to water, storming round the two-level racetrack and racking up the fastest laps during the qualifying period.

After a quick break, the team lined up in qualifying order, with John leading the pack and Beegs close behind in second place. 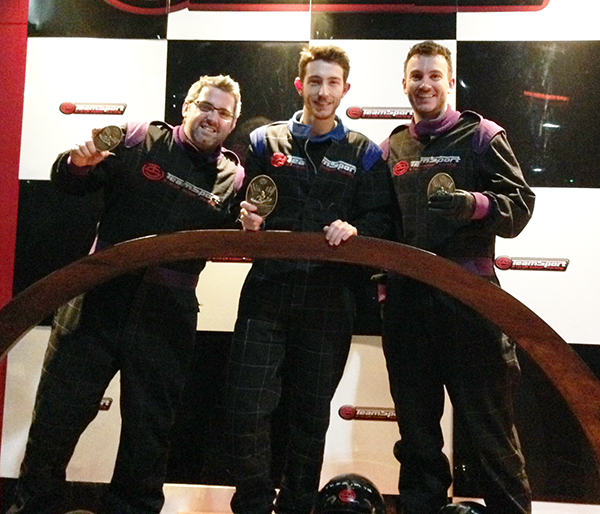 John sped off in front, with the rest of the drivers jostling for position around the curves and slopes of the track. Kit quickly stormed to the lead with Beegs and Craig hot on his tail.

Shelley took a serious spill on the upper level, slamming into the tyres after overtaking Ben and taking the corner too fast. The race came to a halt while she was rescued, unscathed by the marshals around the track.

The final few laps were a fight for podium position, Kit kept his lead while John and Beegs lost their positions, with Craig passing them to take second position.

In the end, Kit took first place, Craig stormed forward to second and John held on to a podium finish taking the third trophy of the night. 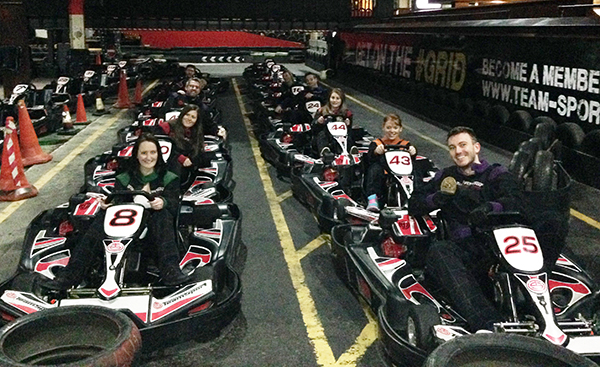 Well done Kit, that’s a point on the board for the Designers!