We’ve been feeling extremely summery this week and decided to make the most of the heatwave by hosting our very own school sports day!

The teams within the office joined forces to compete in the traditional egg and spoon, wheelbarrow, three-legged and sprint races around the Boxed Red car park, the winner of the most races would scoop the overall point for their team.

First up was the three-legged race and after much hilarity and falling over, the developers (with Craig as an honorary member) took the first win of the day! 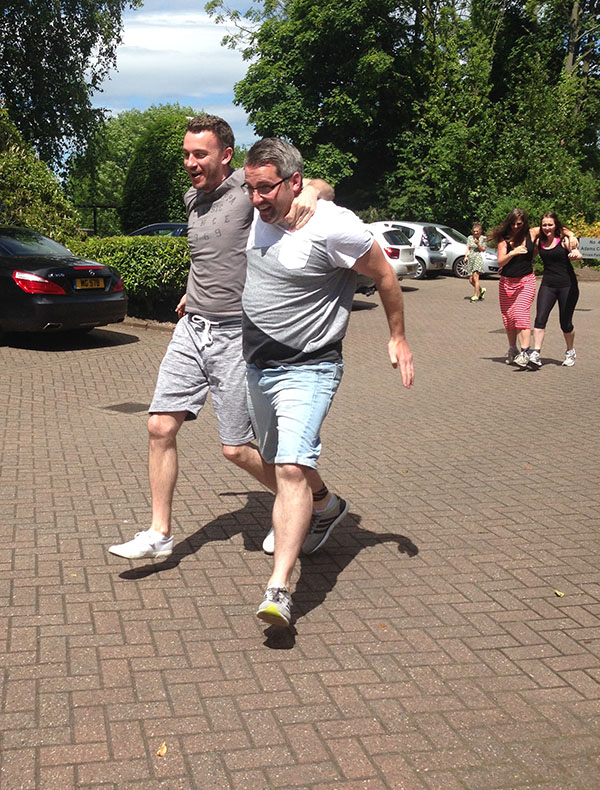 In the wheelbarrow race, we pitted the teams against each other and the fastest time would win. Shelley and Cat went first and thought they had done well with 13 seconds, until Beegs and Craig stormed ahead with a time of just six seconds!

The egg and spoon was next, where Abbie and Craig fouled out early with eggs splatted on the pavement. Janna had it under control though and stormed to the finish with her egg completely intact! 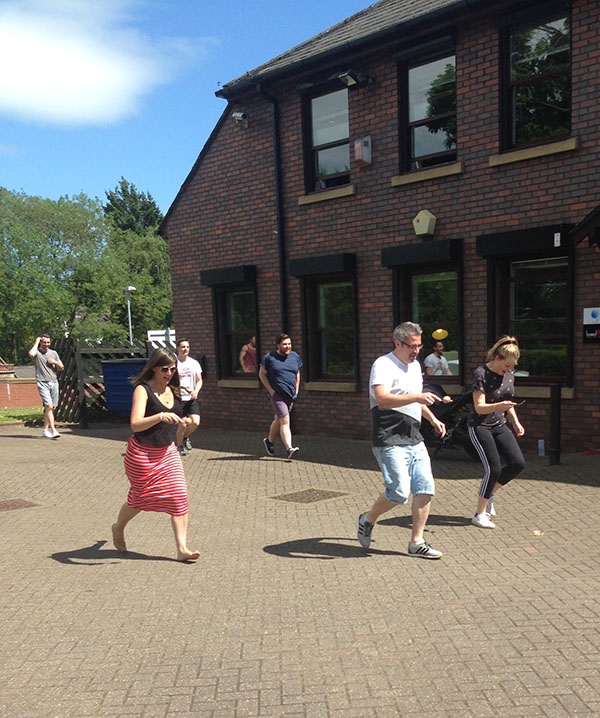 The final race of the day was a sprint for the finish. Each team had two members on the line for three lengths of the car park. Kit went off to a storming start with two exceptionally quick laps for the designers. But Beegs and his competitive spirit wouldn’t let Abbie take the winning last lap, he bolted off the start line and romped across the line to take the third win of the day for the developers!

After all the fun, our incredible neighbours at WhyNot? In Homecare came out and gifted us two lovely bottles of wine for the winners, thank you so, so much they will certainly be enjoyed.

Well done to the developers, that’s their first point on the board, best of luck in the next challenge!