It’s been a busy few months at Boxed Red HQ but we always manage to squeeze in a little time for some friendly competition.

Over the last few weeks, the entire team has been competing in an every-man-for-himself Connect 4 tournament with the winner claiming one of the final points for their team.

Everyone played each other and Shelley was on hand to make sure all the games were played, even if it meant carrying the game around and pouncing on people during their lunch break.

Cat wasn’t feeling very confident in her abilities, so it was no surprise when Ben beat her with just four counters. 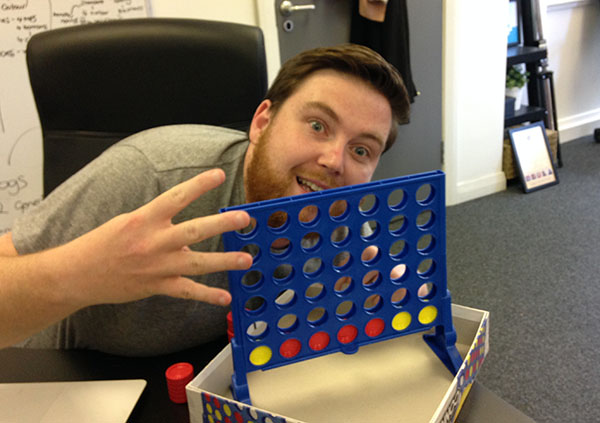 Janna was determined to beat Craig in their game and it was a tense match of strategy and luck, Craig took the title in the end stealing a win in the last few moments. 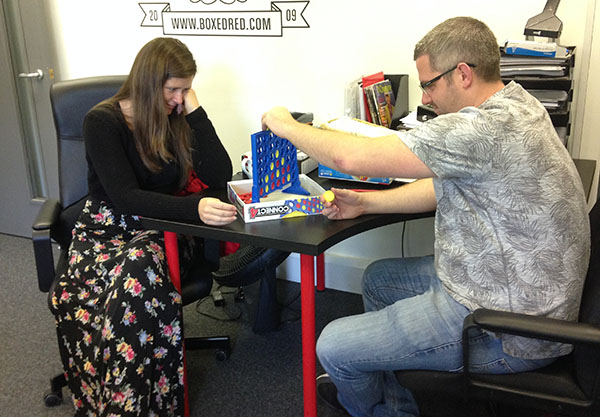 But it was Beegs who took the title in the end, he won every single one of his games, outplaying everyone with his mix of confidence and luck. 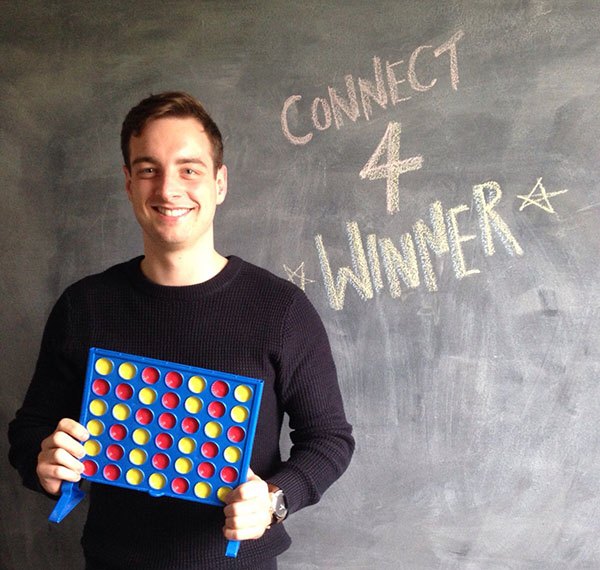 Well done Beegs, that’s another point on the board for the developers.